Want to report a past interaction with ICE?

Documentation is used to monitor police/ICE collaboration, detect patterns that can guide our legislative efforts, and build a strong statewide network of people resisting deportations in their own communities. The testimonies of directly impacted people helped Colorado repeal our “show me your papers” law that forced local police to act as ICE agents in 2013. 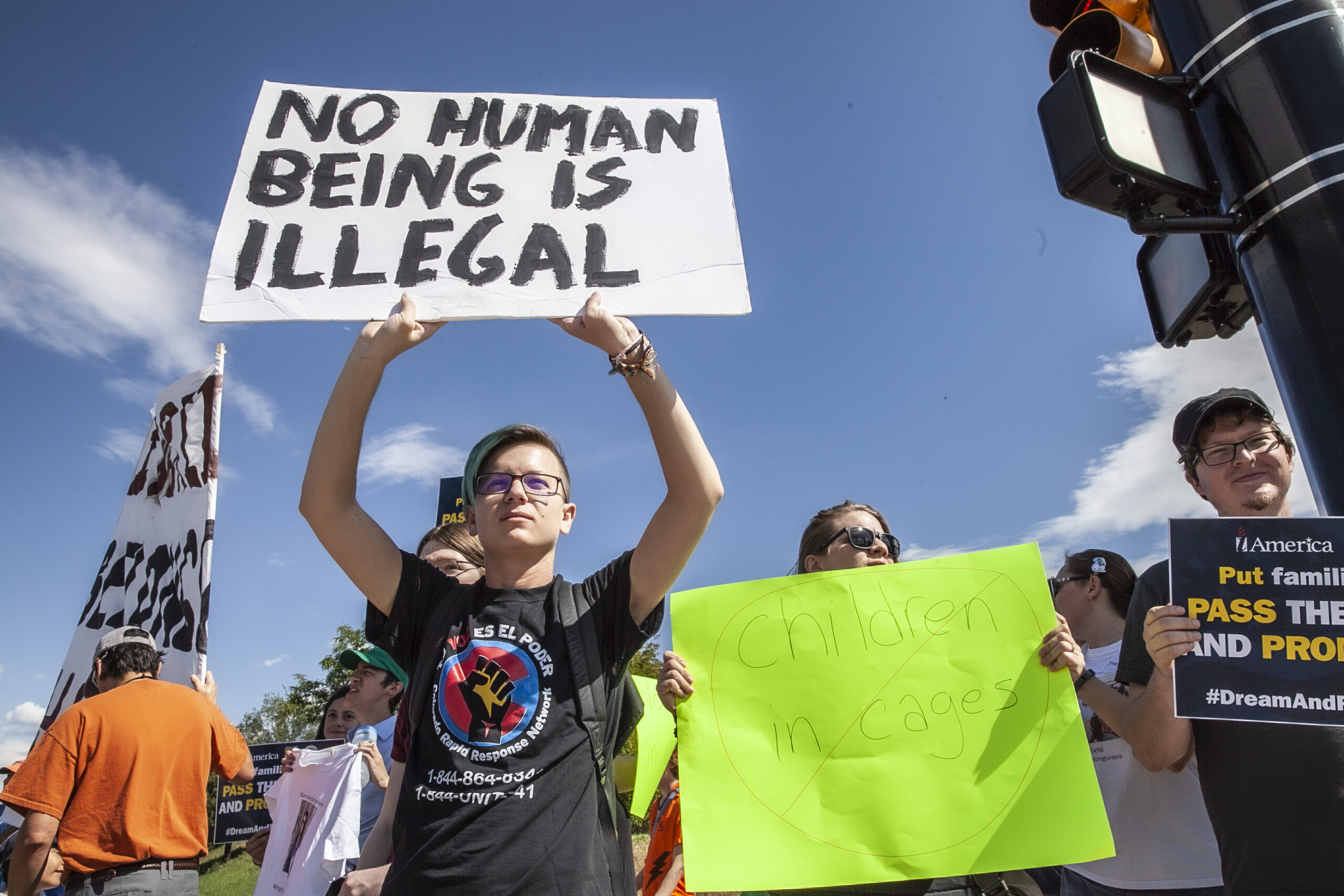 Since ICE was created in 2003, the agency has committed a plethora of human right violations, separated families, and deported asylum seekers as young as two months old into deadly situations in their countries of origin.

ICE agents received about  14,700 complaints alleging sexual and physical abuse between 2010 and 2016

CIRC is committed to holding this rogue agency accountable. That’s why we’ve partnered with organizations throughout Colorado to form the Colorado Rapid Response Network (CORRN) and run a 24/7 hotline for anyone witnessing or experiencing ICE activity. The hotline is available in English and Spanish at 1-844-UNITE-4-1, or 1-844-864-8341. We also offer free community trainings on knowing your rights when interacting with ICE. If you are interested in receiving a training or becoming a trainer, please contact your regional organizer.

In 2020 alone, we…
Responded to 94 calls on our hotline
Gave 53 community members “Know Your Rights” training
Documented 41 abusive encounters with ICE

Callers can use the 24/7 hotline either to report ongoing ICE activity or to document a past experience with ICE. If the call is for current activity, trained volunteers will respond at the scene to document the activity and ensure that all those involved know their rights. If not, the caller can leave a message and a member of the CORRN DocuTeam will follow up with them to record the details of their  story. We use documentation to monitor police/ICE collaboration, find patterns that can guide our legislative efforts, and build a strong statewide network of people resisting deportations in their own communities. The testimonies of directly impacted people helped Colorado repeal our “show me your papers” law that forced local police to act as ICE agents in 2013. 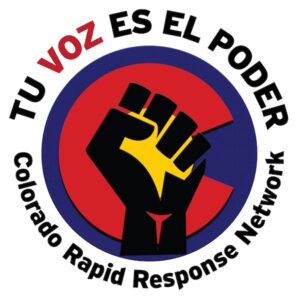 The network is also supported by SEIU Local 105, Colorado Chapter of the National Lawyers Guild, and the American Immigration Lawyers Association.

2010: Police officer detains western Colorado community member Edgar Niebla for ICE. CIRC organizes a campaign to release him, and successfully stops his deportation within 24 hours. This was the first successful public anti-deportation campaign in Colorado.

2012: As deportations increase, CIRC launches a statewide hotline to report ICE activity. The organization works with hotline callers to collect testimony on how SB90 harms the community, and campaign to repeal the law.

2013: Campaign to repeal SB90 succeeds! Colorado becomes the first state in the country to repeal its “Show me your papers” law. The hotline expands, and the hotline response team starts training on deportation resistance to provide more support to callers.

2014:  President Obama launches the Priority Enforcement Program, asking local law enforcement to notify ICE when suspected immigrants are released from jail and funneling our communities into the deportation system.

2015: CIRC and the ACLU of Colorado work with CO sheriffs to convince them to reject  ICE detainer holds – a request ICE makes to local jails to maintain people under arrest beyond their time of release when suspected of being undocumented. Colorado becomes the first state in the nation where every county officially rejects the use of unconstitutional ICE detainer requests.

2018: CIRC documents illegal ICE holds occurring at the El Paso county jail. The organization works with the ACLU to sue the sheriff’s department, winning an injunction.

2019: CIRC and state lawmakers create Virginia’s Law to protect immigrant families in Colorado from federal overreach into our communities. Critical pieces of this law are passed in the Benavidez Bill.

2021:  CIRC collaborates with lawmakers to create a bill for data privacy for all, to block ICE from accessing immigrant information in state or local agencies like health clinics or the DMV without a criminal warrant or subpoena. Visit our Campaign for Data Privacy for All to learn more. 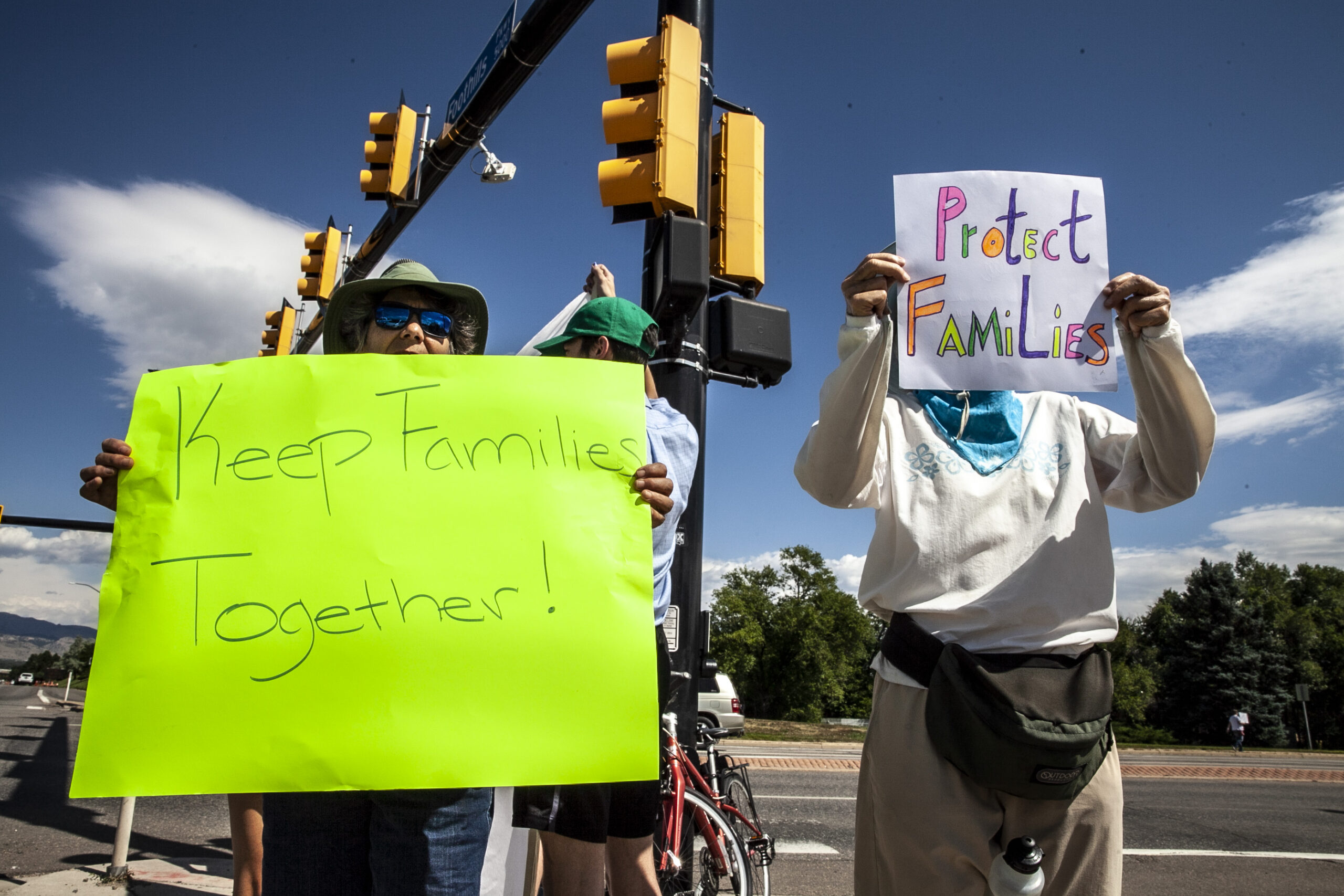 Under the Obama administration, several programs were expanded to help ICE get local law enforcement to do their dirty work. This included the 287(g) program, which lets state and local police officers act as de facto ICE agents, arresting and detaining community members for immigration enforcement. By meshing immigration and law enforcement, 287(g) agreements separate families, break trust between community members and local police, and make everyone less safe.

CIRC has been resisting police-ICE collaboration in Colorado since 2006. In 2015, CIRC and the ACLU of Colorado worked together to convince sheriffs to discontinue the use of ICE holds. They convinced all sheriffs in Colorado to discontinue their participation in the 287(g) program –– until 2019, when Teller County obtained a jail 287(g) agreement. This means that Teller County deputies can act as ICE agents as long as they are within the jail. However, they are still not permitted to target people outside of the jail for detention or deportation.

CIRC is in active resistance against this last remaining 287(g) agreement. The ACLU of Colorado is currently fighting to end it through a lawsuit.