CIRC is grateful for an incredible team that enacts our mission to build a unified statewide voice to advance and defend justice for immigrants and refugees in Colorado. (Note: All media inquiries should be forwarded to communications@coloradoimmigrant.org).

Staff members are listed below by alphabetical order of last name: 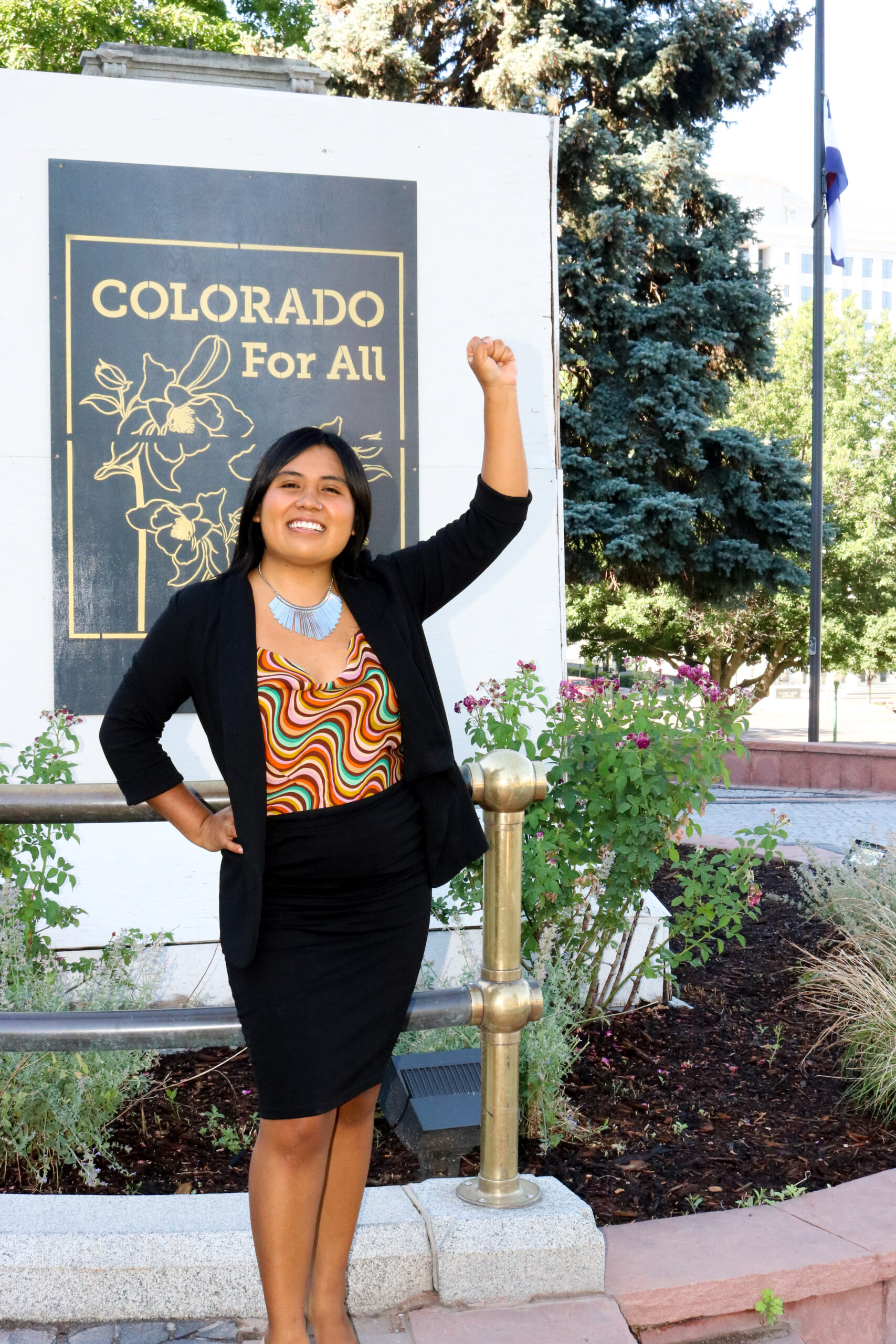 At the age of seven, Nayda immigrated to Colorado with her family from Puebla, Mexico. From an early age, Nayda knew that she and her family were undocumented. Growing up in Colorado Springs, she witnessed the exploitation, criminalization, and discrimination that her family members were often subject to as brown, undocumented immigrants living in a politically conservative city.

While a student at the University of Colorado at Colorado Springs (UCCS), Nayda fought fiercely for educational and institutional equity for all students, regardless of their immigration status. Her student organizing inevitably became community organizing in El Paso County. Outside of campus, she organized with local community collectives like Springs Dream Team, United We Dream (Colorado Chapter), Pikes Peak Womxn for Liberation, the Immigrant Justice Alliance, and CIRC.

After graduating from college, Nayda worked as a paralegal in removal/deportation defense in Aurora while continuing to organize for immigrant rights. She has been with CIRC since 2019 and is honored to organize among powerful immigrant communities in Southern Colorado. Besides organizing towards liberation, Nayda is also passionate about tacos, books, ferrets, and Korean pop music. 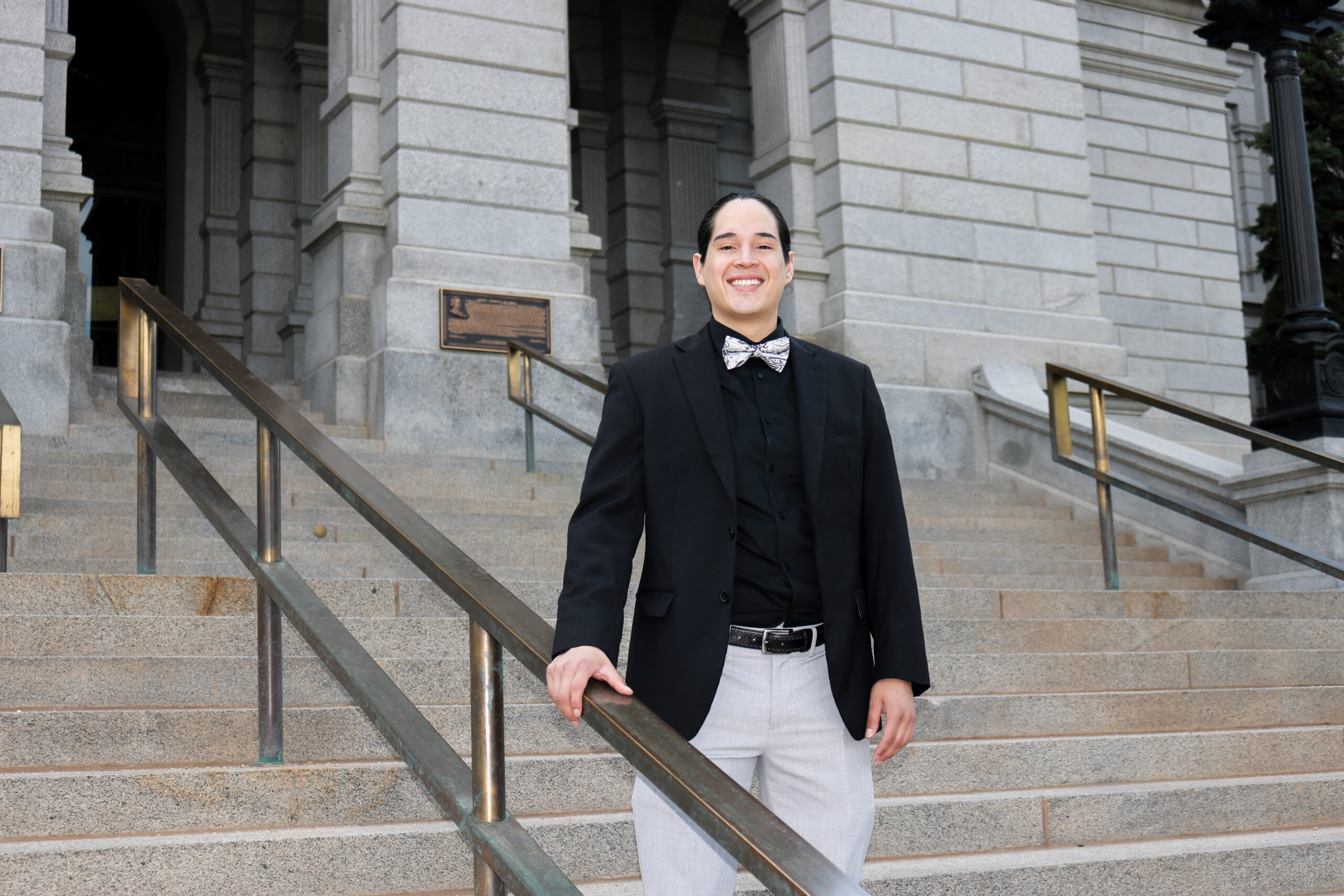 JuanDavid Garza is a Texas native who moved to Colorado to pursue higher education. He graduated in May of 2020 from the LEEDS School of Business and brings along an immense passion for social justice and equity. Alongside his music career, JD hopes to bring about healing for himself and others with his work at CIRC. 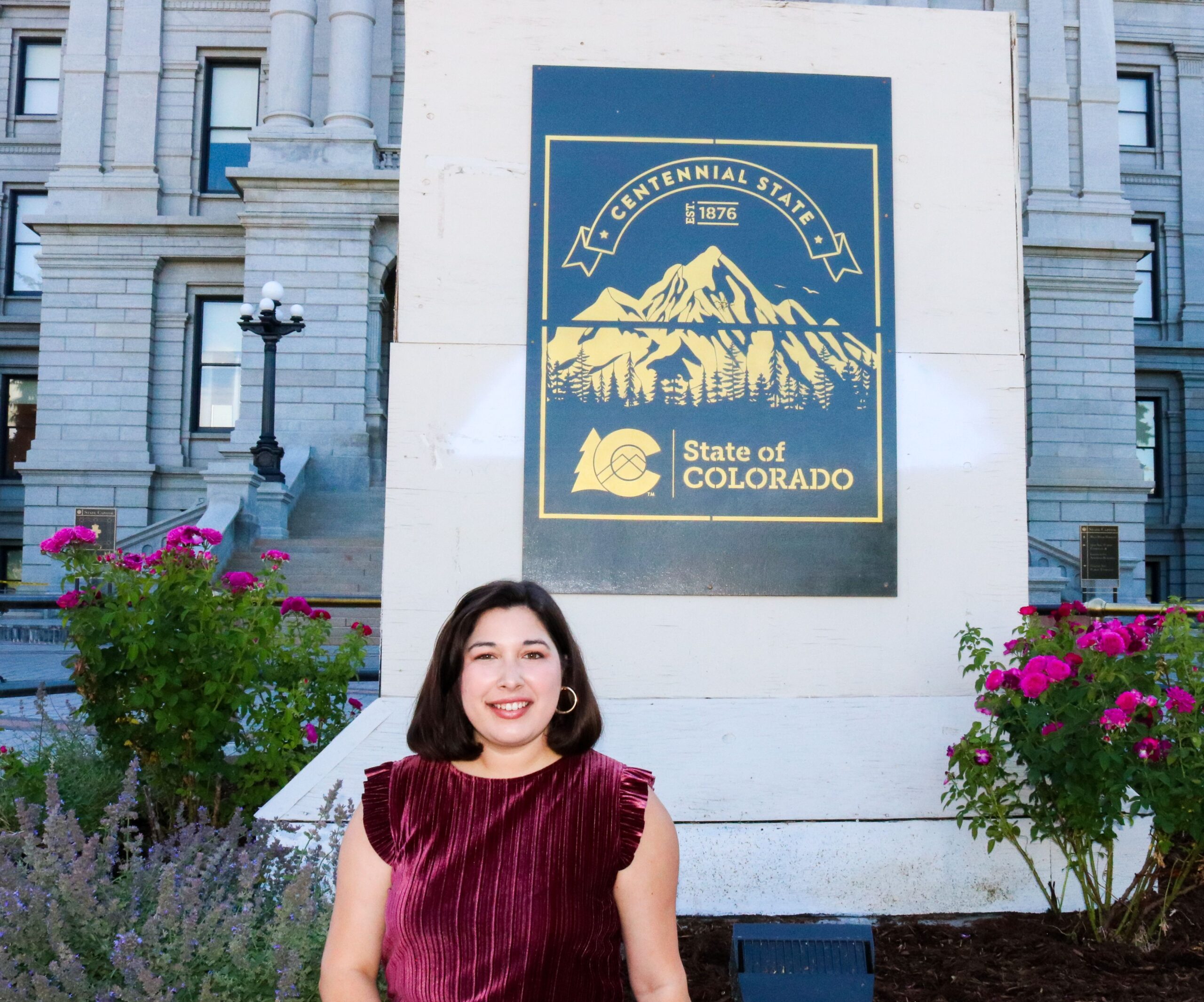 Katherine was born and raised in west-central Texas, raised by two loving parents who taught her to be involved in her community and help others in any way she can. In 2018, she graduated with a B.A. in communication and journalism from Texas A&M University. After four years of local news reporting, Katherine moved to Denver in 2022 to leave the sidelines of news and work in advocacy. She has been part of the CIRC team since June of 2022.

Katherine has covered local and state politics in Nebraska and Texas, regularly asking hard questions of county and state leaders, including Nebraska’s then-governor Pete Ricketts. She focused her stories on how current and proposed policies could impact every community.

Katherine is excited to represent CIRC Action Fund and bring awareness to the organization’s work across the state of Colorado and beyond. 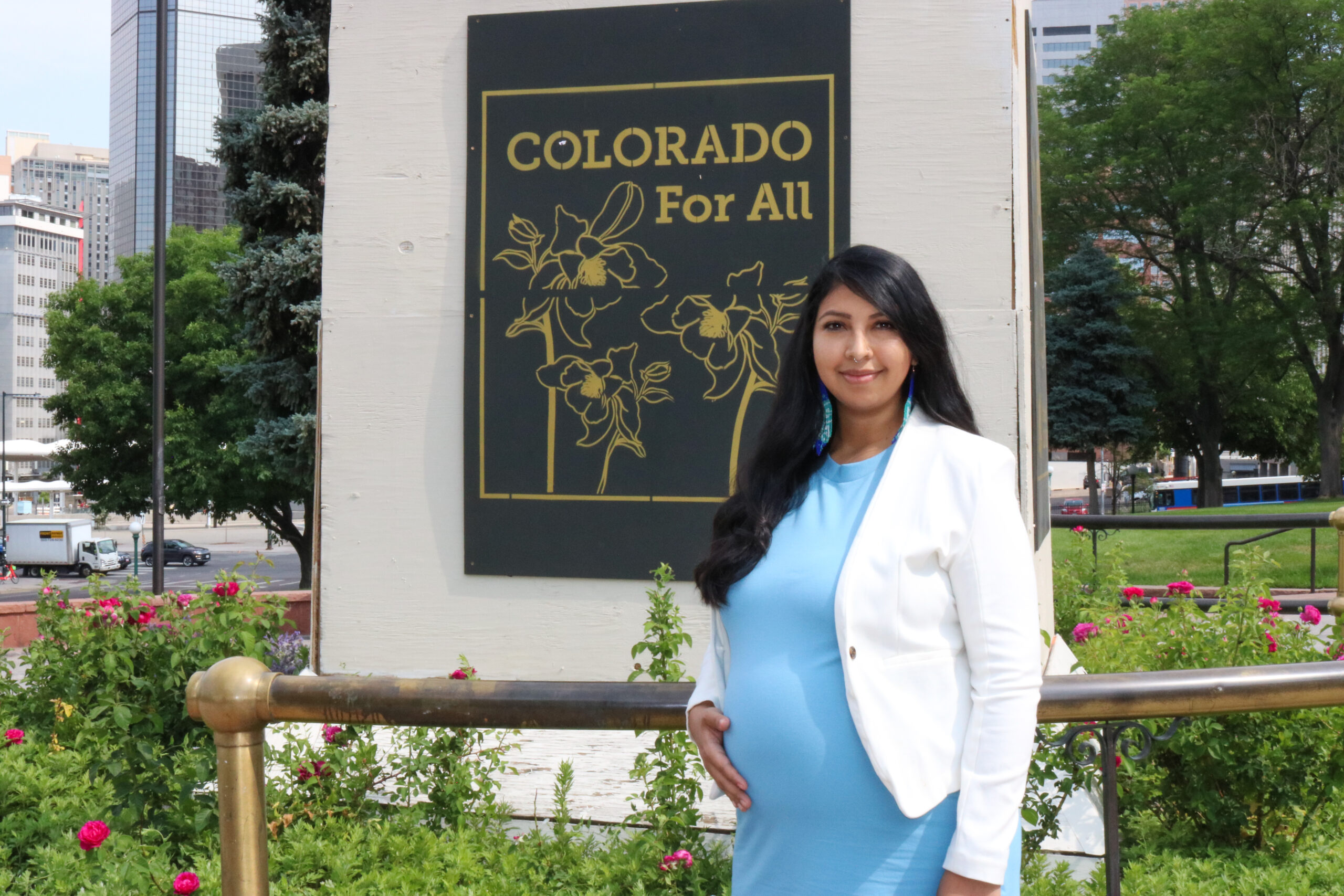 Gladis Ibarra, born in Zacatecas, Mexico, immigrated to the U.S. at the age of 8.  From Boulder to Broomfield, she grew up in Colorado and graduated in 2008 from Vantage Point High School. Gladis has been an active volunteer with CIRC since 2012.  In September of 2017 DACA was threatened and rescinded by the administration, Gladis participated in the massive Denver Public School walkouts where students marched to Metro State University.  This year she joined the staff as a fellow for the Denver Region for 3 months. She is now joining the team full time as the new Hotline Coordinator and Denver Region Organizer support. As a DACA recipient, Gladis’ passion is the main thing that drives her in this fight to protect her family, her community. She is excited to be able to dedicate her time and energy to fight and defend people like herself.

Gladis Ibarra born in Zacatecas, Mexico, immigrated to the U.S. at the age of 8.  From Boulder to Broomfield, she grew up in Colorado and graduated in 2008 from Vantage Point High School. Gladis has been an active volunteer with CIRC since 2012.  In September of 2017 DACA was threatened and rescinded by the administration, Gladis participated in the massive Denver Public School walkouts where students marched to Metro State University.  This year she joined the staff as a fellow for the Denver Region for 3 months. She is now joining the team full time as the new Hotline Coordinator and Denver Region Organizer support. As a DACA recipient, Gladis’ passion is the main thing that drives her in this fight to protect her family, her community. She is excited to be able to dedicate her time and energy to fight and defend people like herself. 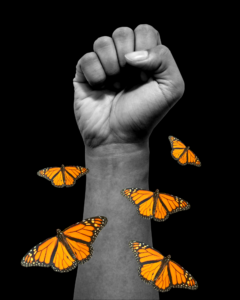 Joining CIRC as the Political Manager is a dream come true! Ever since Raquel had her first taste of grassroots organizing as a high schooler on Obama’s campaign in 2012 to protect friends and loved ones who had just applied for DACA, she has been eager to help grow our pro-immigrant policy and political power here in Colorado. As a first-generation college graduate and Chicanx/Latinx major, she moved back to Colorado after college to empower her community and increase access to opportunity for all in our state.

In the 2018 midterm election, Raquel worked as a Family Defender Field Coordinator with CIRC leading CIRC’s civic engagement efforts in Aurora to promote sanctuary city policies and energize immigrant and POC voters. She looks forward to growing with CIRC and the immigrant rights movement in Colorado to continue crafting better realities and futures for our community together. 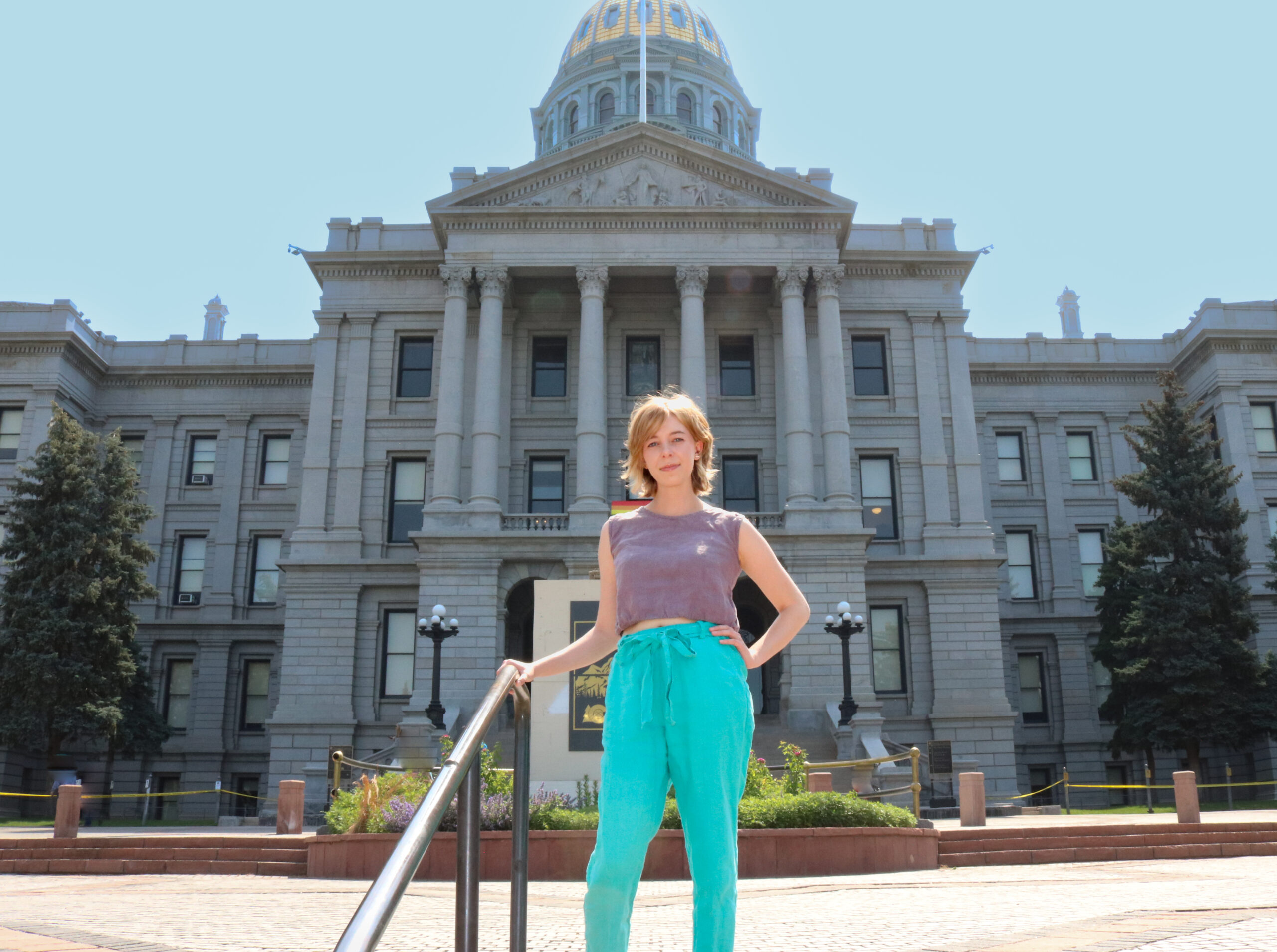 Clara is the Western Slope Regional Organizer. Clara earned her degree in International Affairs and Anthropology at CU Boulder. As part of her studies, she spent a few months in Nepal and India conducting research while working with members of the Tibetan community. She learned about their efforts to preserve Tibetan culture while being isolated from their homeland and their complicated status as refugees. Throughout this experience she became particularly interested in human rights and continuing to work with diverse populations. After graduating, she lived for several months with her family in Uruguay and then moved to Japan as a member of the JET Program. This provided her with the opportunity to foster intercultural cooperation and strategize improvements to English language education by working with members of a small, rural community.

Now that she is back in the United States, Clara is excited to use her multicultural background and experiences abroad to help bring positive change to her home state from the grassroots level! 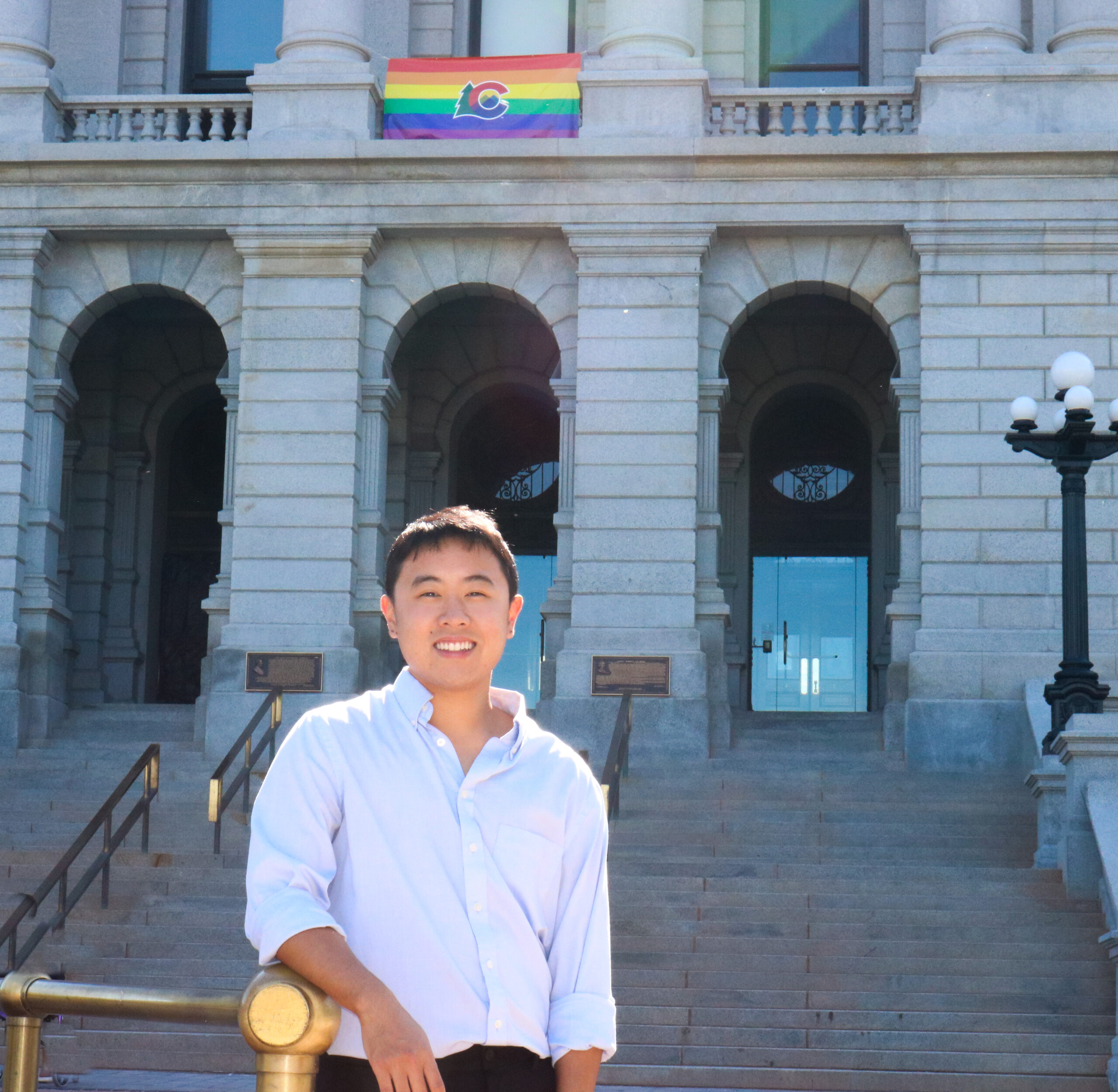 Director of Membership and Organizing

Ian was born and raised in Houston, Texas and in 2012 moved to Denver to attend the University of Denver to study Political Science and Business. While attending DU, Ian started to become active in various student groups to address the issues of systemic inequity on campus as well the discrimination he felt being an openly queer transman. This is where he found his passion for social justice.

Ian has interned in the Colorado House of Representatives and has worked on various political campaigns to elect progressive champions into office. Before joining CIRC, Ian worked as the Digital Organizer for United for a New Economy – an organization fighting for economic and housing justice. During his time at UNE, Ian worked on organizing folks from across Colorado to fight for Paid Family and Medical Leave for all workers and in 2020, Coloradans were able to pass this initiative on the ballot.

Ian is extremely proud to be a part of CIRC advocating for all Coloradans, no matter their immigration status. 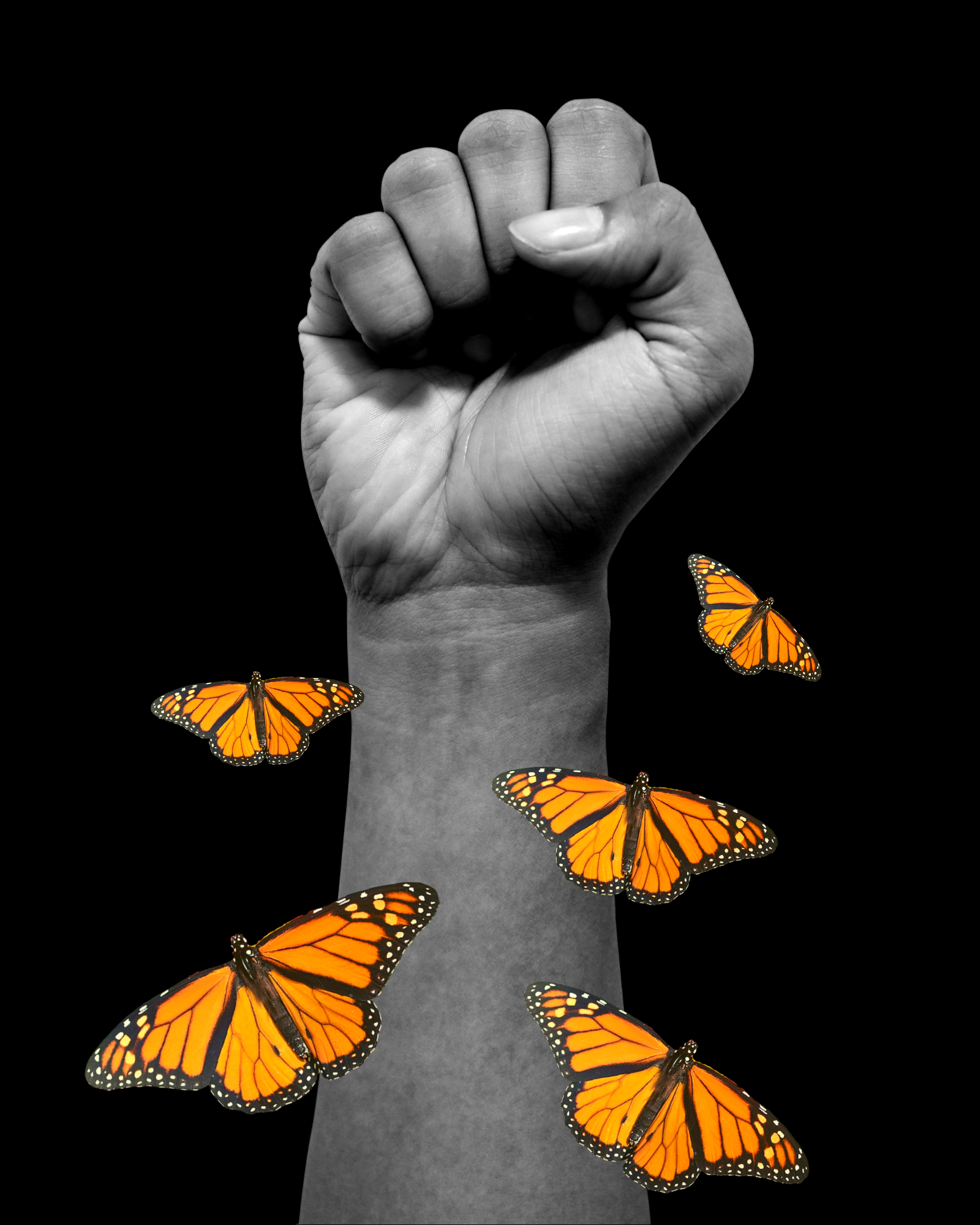 Q.C. is the Denver Regional Organizer for the Colorado Immigrant Rights Coalition (CIRC). She started her work in intersectional justice around the age of 18, focusing on anti-Blackness in AAPI communities, gender equality, and LGBTQ rights. She lobbied with a national quaker organization for clean energy and climate change policies, and immigrant rights which started her journey in this movement. Q.C. also worked at the Colorado State Capitol as a legislative aide, dedicating most of her time to bill research around the growing homeless community in Colorado. In her off-time, she likes to have dinner conversation around decriminalizing sex-work, abolishing US imperialism, and watching true crime with the family. 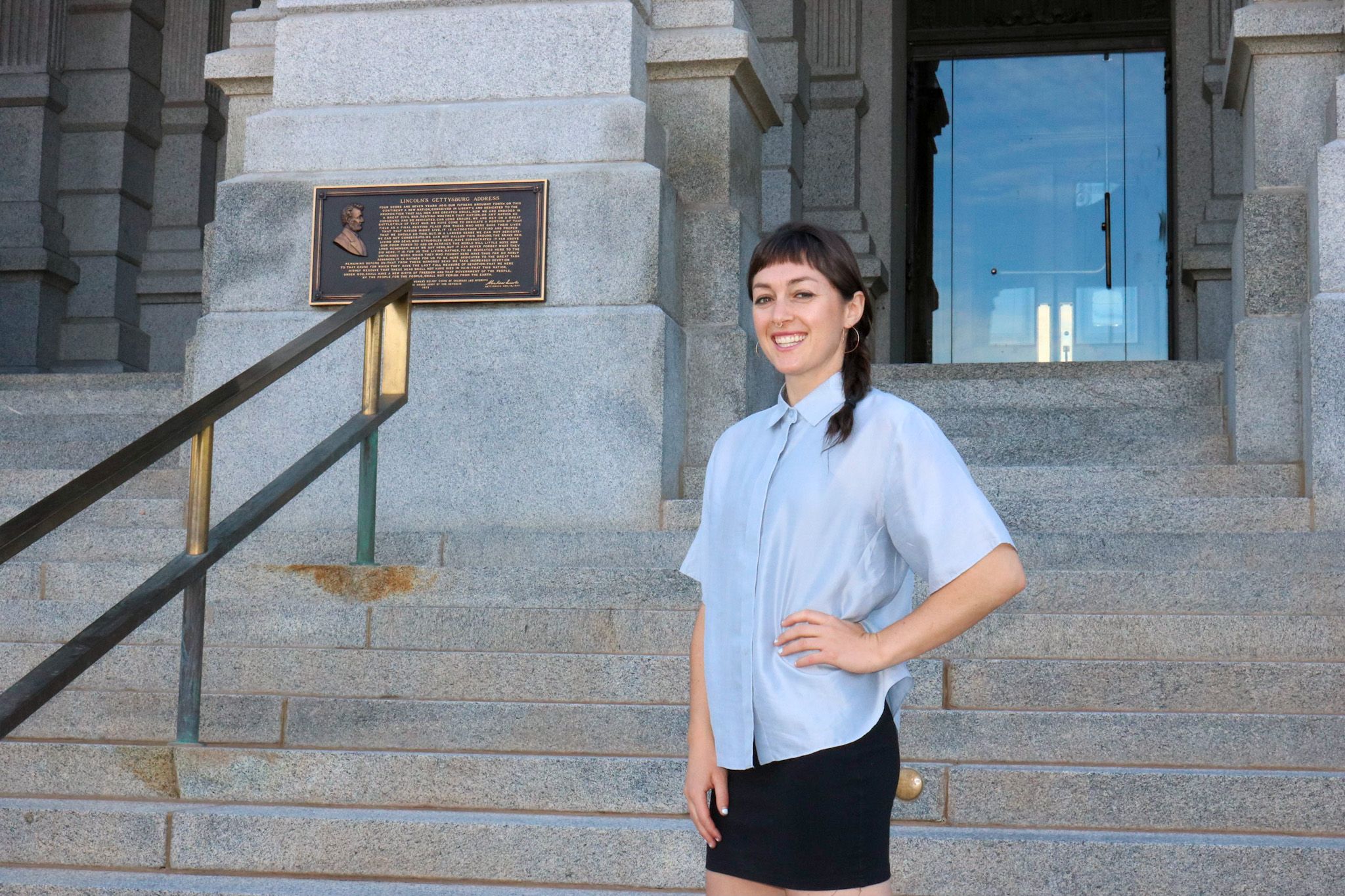 Siena has been active in justice movements since graduating from Haverford College with a B.A. in Spanish Literature in 2014. First trained in the OCCUPY movement in Philadelphia, Siena became deeply invested in immigrant rights issues while working in Mexico City at Casa de los Amigos, a non-profit focused on issues of immigrant and economic injustice. There, she worked in a coalition dedicated to addressing some of the root causes of forced migration: the failures of U.S. imperialism and neoliberalism.  She then moved to El Paso, Texas where she worked supporting Annunciation House in their emergency migrant shelter program.

Siena moved back to Colorado to work at Joseph Law Firm, an immigration law firm, as a paralegal. Siena became an active local organizer in Colorado Springs in the deportation resistance movement. She helped found the Colorado Springs Sanctuary Coalition and was an active member of CIRC’s member group Grupo Esperanza. Siena joined CIRC as the South Regional Organizer from 2018-2019. As one of CIRC’s Organizing and Campaign Managers, Siena work now focuses on making improvements to the SB251 Driver’s License for All program, coordinating the I Drive/Yo Manejo Coalition and fighting for data privacy for all.

Originally from Puebla, Mexico, Laura has been calling Denver home since age 13. With an Associates of Applied Science Degree in Writing/Directing for Film & Television from the Colorado Film School, her documentary film debut: “No One Shall Be Called Illegal” showcased at the 2011 Denver International Starz Film Festival. In 2017, Laura was a Producer for the documentary film: “Five Dreamers”, which aired on Rocky Mountain PBS and National PBS. Laura has been an active community member with Together Colorado since 2016 and in the year 2018 became the Project & Engagement Manager for Motus Theater’s UndocuAmerica Project, where she continues to work as an UndocuMonologues performer. Laura is now working for the Colorado Immigrant Rights Coalition as Hotline Coordinator for the ICE incident report hotline.

Laura Segura was born and raised in Mexico City. At an early age and being the only girl from a family of 9, she learned not only to stand up for herself but also for other women in her family and community. At the age of 16 she immigrated to California. It was an opportunity to advocate for her family, to improve their lifestyle and start a new culture in social justice.

Laura understood that life is tough; as she says, “we are already survivors and it is time for us to learn how to live our best life.” When she witnessed all the irregularities in the system and the privilege of already established  organizations, she got into action and then the leader in her took action. She founded her own nonprofit organization, Grupo Vive, in the mountain region. Thanks to CIRC and her role as a Mountain Region Fellow, she is excited to be part of the change for social justice.

She believes that “we all deserve to become the best version of ourselves.”