Students say they have played by the rules, now they need help from lawmakers who failed them before

On the campaign trail in 2016, Donald Trump said that he would immediately end DACA and another program that protected people in the country illegally who are parents of Americans. While Trump scrapped the Deferred Action for Parents of Americans program in June, he’d said since taking office that DACA recipients weren’t immigration enforcement priorities.

Trump now is giving Congress six months to come up with a legislative solution to resolve the Dreamers’ status. In the meantime new applications and DACA extensions will not be accepted after Oct. 5. For those currently in the program, their legal status and other DACA-related permits will begin expiring in March 2018 and Dreamers will all lose their status by March 2020 unless Congress passes new legislation that allows them to stay.

“Congress has failed us for more than a decade,” said Cristian Solano-Cordova, who was brought to the U.S. at age 3 and graduated from Metropolitan State University of Denver after the DACA program began. He now works for CIRC. “We will take nothing less than the DREAM Act.” 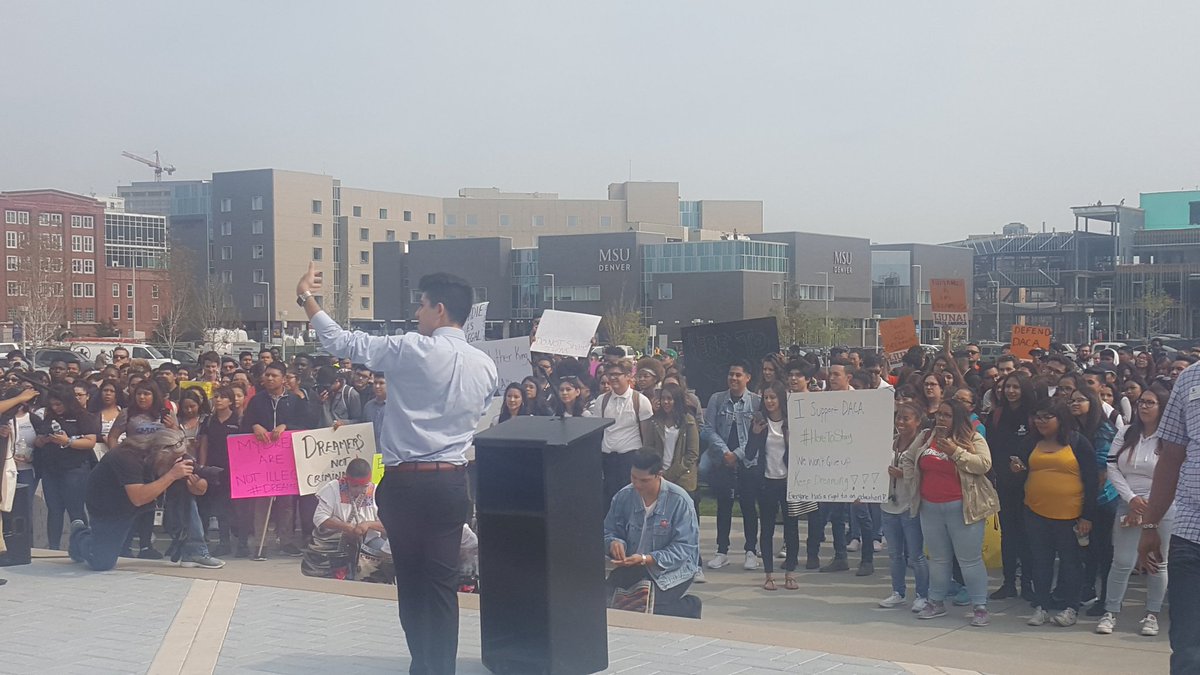 Students from middle school to university converged on Auraria. Some walked six miles to be here

Colorado House Speaker Crisanta Duran, was one of many elected officials beating the drum for quick Congressional action.

“This is an opportunity to unify,” she said. “I hope they act swiftly.”

Rep. Leslie Herod, D-Denver, said rescinding DACA would be disastrous for Colorado and the country.

“I will not assist in searches, raids or round-ups of my community or my citizens,” Herod said. “It’s a shame that our administration would make this statement today with the fires, hurricanes and other things going on. To leave these kids with such uncertainty is shameful.”

Maria Rangel Leon, who graduated from Metro in 2016 with a degree in statistics and now works for a bank, was one of the approximately 300 DACA students enrolled at Metro. She came to the U.S. from Mexico at age 8 with her mother and 10-year-old sister. When they got to Tijuana, Mexico, the girls were separated from their mother and crossed with separate coyotes. 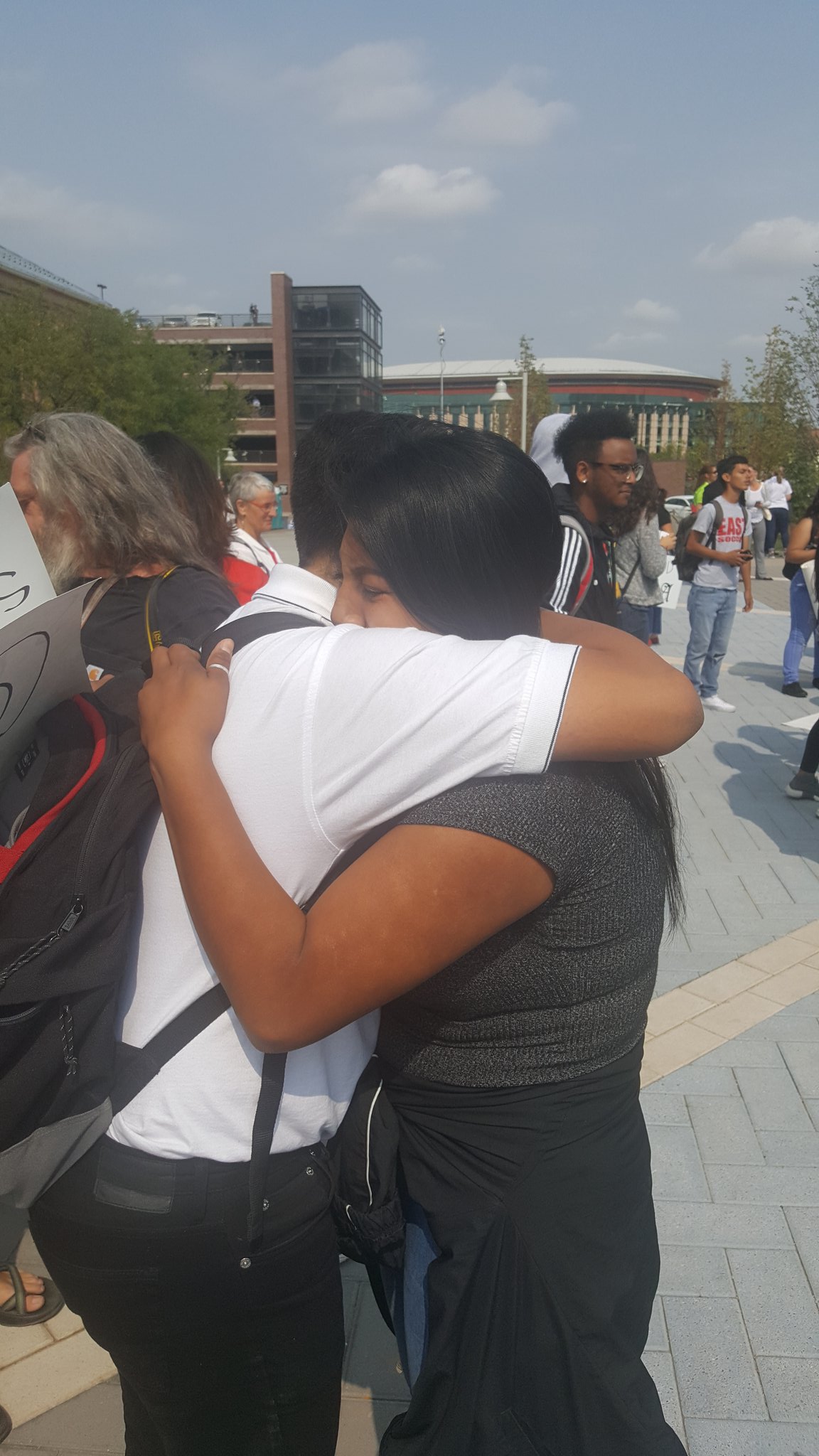 17 y.o. senior Karla Nino has been in CO since she was two years old. “No matter how hard we work there always seems to be another barrier”

She said that at 8 she didn’t make the choice to come here, but believes she has paid her dues.

“I’ve played the ‘do-good’ immigrant narrative. When I graduated high school in 2009, there was no support for undocumented students. I paid for school all out-of-pocket and had to sell burritos on the side to make it. I pay my federal taxes,” Rangel Leon said. “I’m a DACA recipient and this affects me directly and my community. We’re not gonna let them play with our livelihoods.”

Only DACA recipients or their parents spoke at the rally. Most shared same sentiments of disappointment, anger, frustration, hope and fear for what the future will hold.

“No matter how hard we work, there always seems to be another barrier,” said Karla Nino, a senior at DSST Cole High School, who broke down in tears at the microphone. Her mother brought her here from Mexico at age 2.

Nino said that she is optimistic she will get to stay in the U.S. though she doesn’t believe the solution will come within the next six months, but more likely the next several years.

Rep. Joe Salazar, D-Thornton, long a vocal advocate for the immigrant community, said now isn’t the time to hope for the best. People must pressure elected officials to act.

“It’s never about optimism,” he said. “That’s how it’s always been for communities of color. We’re gonna have to put in the work. These kids are the street fighters of our time and I see the state rallying around these kids.”

Since Attorney General Jeff Sessions on Tuesday announced the cancellation of DACA, schools around Colorado have rallied behind their students and have issued statements of support for their DACA students and their families. Rallies were also held in Colorado Springs, Longmont, Glenwood Springs and Boulder throughout the afternoon and evening Tuesday.

Denver Public Schools staff and the Denver Police Department accompanied middle and high school students on their walk to the campus and DPS and RTD gave the students rides back to their schools after the rally ended.